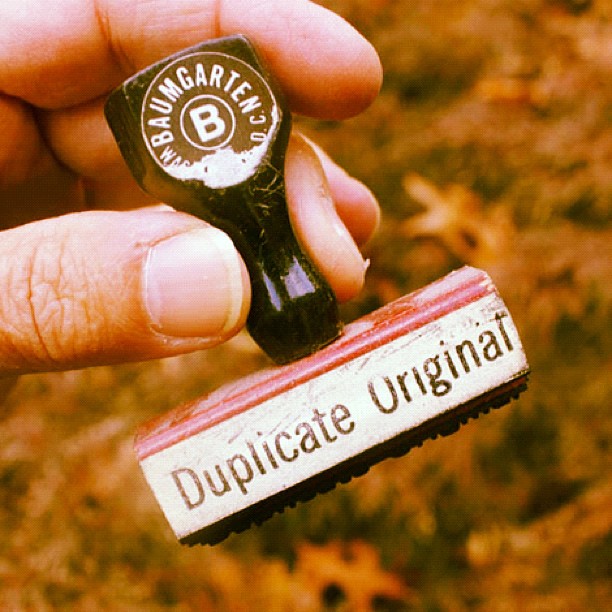 Plagiarism (noun): an act or instance of using or closely imitating the language and thoughts of another author without authorization and the representation of that author’s work as one’s own. Synonyms: appropriation, infringement, piracy, counterfeiting, theft, borrowing, cribbing, passing off  (Dicitonary.com)

Plagiarism is taking someone else’s ideas or words and claiming that they are both original and your own. It isn't a difficult concept to understand. Most children have a notion of what stealing is – and know that it’s wrong – by the time they’re around seven years old.

But plagiarism has been in the news again lately, and you have to wonder: If everyone knows that you’re not supposed to pass off someone else’s ideas as your own, then why does it occur so often? I think there are a few answers.

1. The Internet has made our brains soft.

It used to be that doing research meant going to the library and looking through books and hard copies of other documents to find information. When we found what we were looking for, we copied the words out by hand along with the reference details: where we found it, who wrote it, and so on. Sometimes we would photocopy the source material, remembering to document where it came from.

Today’s high school and university students can scarcely remember a time before Internet research. People in this demographic have grown up with the Internet – indeed, it’s not a stretch to say they live a good part of their lives on the Internet. It is in many ways a public place. Is it any surprise, then, that some would also perceive the information they find on the Internet to be “public” also?

A colleague described just such a situation, in which she taught writing and communications to engineering students. Soon after the first assignment was turned in she learned that the predominant attitude in the group was that copying and pasting was “no big deal” – the information’s online, like music downloads. It’s free, right?

2. We've fallen victim to the pressures of time and deadlines.

So much for the life of leisure that many in the 60s and 70s predicted we would enjoy in the 21stcentury, thanks to technology. Rather, we are busier than ever and pressured to produce more work in less time. Information seems to move at lightning speed, and in our haste to keep pace with a relentless chain of deadlines, some writers take shortcuts with facts, ideas and sources.

In the article Journalism’s Problem is a Failure of Originality, Kelly McBride, describes this predicament well: “Our originality breakdown results from many pressures – the overwhelming volume of writing incessantly pushed out into the digital space, the pressure on writers to feed a content beast that’s never satiated, the diminishing economic forces that support professional writing.”

Even while doing basic Internet research we are exposed to so many sources and documents that sometimes we don’t know how we got to a particular page. We can remember reading something interesting – somewhere – but we can’t find our way back to it. Yet somehow, that interesting idea remains with us and finds its way onto the page we’re writing.

In the article Margaret Wente Case Shows Perils of Mainstream Journalism in the Social Media Era, Tim Harper puts it like this: “...in the mass of information that we process each day, it is almost a safe bet that at some point something I read, or was told, or had gleaned on Twitter after midnight one night would somehow pop up some day as an original thought among the approximately 2,300 words I write each week.”

In other words, no writer is immune to the risk of accidental plagiarism.

4. We are cheaters and thieves.

Competition is fierce: for columnists to be first and most compelling, for writers to dazzle with originality and style, for students to get the highest marks and their choice of university programs. Some will do anything to improve their chances – they will even steal from themselves, as Russell Smith pointed out in his article about Jonah Lehrer (yes, you can commit plagiarism by “recycling” your own work).

Of course all these reasons are related. We are too busy and under too much pressure to always follow the rules and proceed with caution. The world of writing and journalism has always been like this, but the Internet has thrown a wild card into the mix. It’s a free-for-all out there; the Wild West.

By Carla Douglas
Image by woodleywonderworks